The origins of Wicca 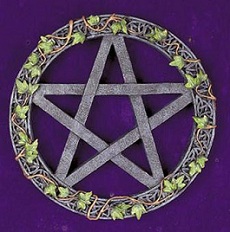 During 16th and 17th centuries, phenomena called “witch hunts” took place in different European countries and America. During this time, somewhere between 40,000 to 100,000 were ruthlessly killed. Allegedly for being a witch or evil. These people were executed as they had some strange rituals and religious beliefs. Then, people of Europe and America could not understand the witch-cult’s significance. Later, the term witch-cult became immensely popular among the Brits and US people.

First, the Wiccans were alleged to be the worshipper of devils. People suspected that they were behind all the mischievous activity that was happening in society. From that point in time, Wicca got black magick and mischief or devil tag. Witches were considered devils in different European and American books for the child. In reality, witches are not at all evil. There is nothing called a witch, but the practice of a special ritual is called a witch-cult. Modern historians agreed on the fact that witches had nothing to do with any social mishaps. They were just killed due to some mass hysteria.

However, this is not the only origin of the witch-cult. Later, this cult was re-originated or reincarnated by a famous English lady named Margaret Murray. It was the 20th century, during the year 1970, the witch-cult hypothesis or concept came into existence and gradually became popular. This is also widely known as Pan European pagan religion.

In the year 1954, a retired civil officer, Gerald Gardner, came with a new book named ‘Witchcraft Today’. After the advent into the market, the book became very popular. It is a written document on witch-cult. Several interesting facts on the witch-cult can be derived through this piece of literature. According to this book, the witch-cult was initiated by a group of people known as the New Forest Coven. Mr. Gardner met those people personally, when he was on his service, and collected a lot of data over them. In his book, he mentioned two people among them. They are Old Dorothy and Dofo.

The ritual form of Wicca has enough influence on Victorian-era occultism. However, the spiritual concept of the religion was derived from the older Pagan faiths. Nevertheless, in the Pagan faith, the concept of Hinduism and Buddhism is clearly visible. Thus, it is very inter-connected and has been practiced throughout the world in many forms and formats.