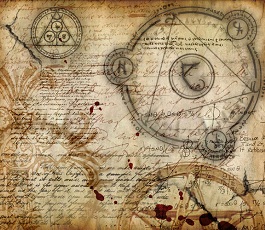 In Wicca, there is no so-called holy book or sacred text like the other religions of the world have. There are some texts and some traditions that are regarded as very important, and it influences the beliefs and practices of the sect’s people. Book of shadows is one such book for Wiccans, which influences the Wiccan follower’s beliefs and rituals.

These books have excerpts from various other books and possess some poems and chats composed by the high priests and high priestess over a long period of time. Not only that, but the book also has rules which will guide a Wiccan to perform spells and rituals.

Variations of the book of shadows

Though the book’s name is the same, there are variations of the book in different sects. The difference is between the spells and the excerpts that are there in the book. Sometimes some, or a considerable part, of the book has been altered because spells turned out to be un-effective.

The requirement for such a book was always there because people felt like writing down some of the nuanced aspects of the practices and rituals observed by the sect in different periods of time. As there is no such written and proven version of the book, Wiccans’ loads do not believe in the book itself.

Changes in the book of shadows

In Wicca, the solitary Wiccans are also allowed to make changes to the book. They have made many changes over the years, depending on their requirements, and that is why you will get as many versions of the book as you want.

In any other religion, you will not find this. The rule books or books with all the information about the rituals and practices written on them are far more rigid than the book of shadows. Once something is written, no changes are done. If some changes are made, they are made after deep discussions and with utter delicacy so that the importance and the significance of the book are never lost.

Book of shadows, the name in itself sends chills to our spine, but hold your breath, do not get carried away by the name, because the book of shadows is only a dairy maintained by witches. Yes, it all started with Wicca. To keep everything documented, these witches or Wicca followers started documenting their daily work, be it a practice or a real cast, but they kept this book unto themselves only and did not reveal it to anyone. Thus, the book became a personal journal of the magick journey that a witch went through in her life.

A witch will typically note down everything related to her practice and casting of spells, be it what spells she designed, the recipes, and the correspondence, along with details of people for whom she had designed the spell.

She would also note down minute details of how she cast the spell, which rituals she performed, the time, date, and moon phase in which she conducted the ritual. To end everything, a witch will also note down the success of the spell she had cast in the book of shadows and would also ink the failures.

Book of shadows could be a three-ring binder, a diary, a blank journal, or merely a plain notebook. It entirely depends on the witch to choose her type of book. Some of these books would be pre-covered. Some are manually covered, some witches go ahead a step to make fancy cool looking covers for their book of shadows, and even keep a specific pen that they use to write only in the book of shadows, that could be a costly Pierre Cardin brand or a fountain pen or just any other pen found in the market, at times some witches also use specific colors to write matters on the book. In ancient times, witches used to make their own pen carved out of woods from some specific trees and used to make inks out of red color or saffron, black color was made by burning bones and turning those ashes to a liquid form.

If you find hundreds of different books of shadows, you will see each of them has numerous spells written, of which some would be highlighted or marked. These are specific spells that had given the best results. Each different witch will have a different successful spell written in their respective book. Hence to find out the best spell in a book of shadows is a bit tough. Although long research had shown that the first-ever spell that a witch would cast with a successful result is commonly marked as the best spell in the book of shadows by that witch.

Apart from the best spell marked out, you would find one more thing in the book of shadows: the laws and rules that the witch follows. Be it The Charge of the Goddess, The Seven Hermetic Principles, The Wiccan Rede, or The Delphic Maxims. These are few laws, and you would find one or more of them in any book of shadows. Their presence ultimately belongs to the law and rule followed by the witch.

Today, many of such book of shadows from witches in the past are revealed and are also decrypted and re-published, sold over online shopping sites that anyone can grab hold of to understand what those witches wrote and what they went through in their span of living magic. Similarly, many spells have been derived and recognized from such book of shadows, and many have tried them to see successful results.

Below is one simple luck spell that I had found from one of the books of shadows I had. I would not reveal the witch’s name to whom the book belongs, but the spell has been tried personally by me, and I have seen the successful result of the same. It is a simple and very short spell, though I still wonder why this witch marked it as her book of shadows best spell.

You would need a little mud from your house garden. If you live in a condo, then take mud from a potted plant kept in your apartment. Put the mud or soil on all four corners of your bedroom, on the east corner put a silver coin, on the north corner put a cloverleaf, on the west corner put a horse nail and on the south corner dragon’s nail, all this on top of the soil you had placed already.

Every Tuesday night at 23.30 hours, light up one rose or sandalwood flavored incense stick and stick the stick on the soil, then chant the below spell one line each corner and one line by standing in the middle of the room, five times, you will see in five days your luck would start favoring you, no matter whatever you do, in work, or studies or business, everything will happen smoothly, money would start flowing in (if you have a financial crunch). Everyone in your house, including you, will feel good energy around you and feel happy all the time.

Make sure each line you cast is in the fashion of south first, west second, north third, and then east, ending the last line of the spell in the middle of the room.